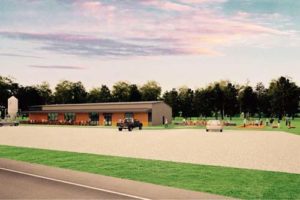 It’s big! So big that people from around the globe come to Virginia to sample the best craft beers and wines in the world.

Amazing to think that just a few short years ago, Virginia had only a handful of breweries. Now? We’ve got 80+ and growing! The state has truly become a world class craft beer and wine destination.

A big part of that culture and the fun is the Virginia beer and wine trails. You’ll find trails all over the state, including the Virginia Beach beer trail. This is one of the best ways to taste a variety of brews and wines!

Cape Charles Gets Its Own Brewery 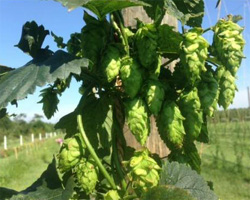 Cape Charles Brewing Company will use Seaside Hops Farm as one of their local sources. pic source courtesy of Cape Charles Mirror

Here in Cape Charles, we’re excited because the Virginia Eastern Shore is getting its own brewery, thanks to Mark Marshall and family. Fingers crossed, the Cape Charles Brewing Company will open Fall 2017.

And just like his Virginia craft beer colleagues, Mark has high expectations. “We want it to be a destination. We want for people to come over and enjoy the Eastern Shore and the Cape Charles community,” said Marshall.

We couldn’t agree more! We love the fact that the brewery will have a family atmosphere. The main building will host a tasting room, brewpub, as well as daily tours of the brewing facility. Additionally, outside, there is plenty of room to play corn hole, bocce ball, shuffleboard. Or, just hang by the fire pit.

Now Cape Charles residents and visitors can walk or golf cart ( hopefully!) to what is sure to be the finest craft beer in the state! 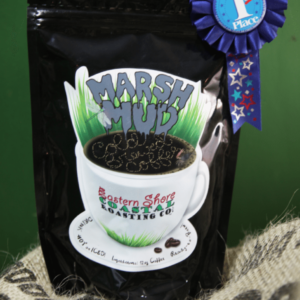 So what has coffee got to do with craft beer? Plenty! Our very own local coffee roasting company, Eastern Shore Coastal Roast (ESCR), has found its own place in the brewery world. A couple of years ago, ESCR partnered with Smartmouth Brewing Company in Norfolk, VA, for a limited release 60-barrel run, using Marsh Mud coffee.

Now, what do you think? Will ESCR  partner on a long-term basis with Cape Charles Brewing Company when it opens?  We think it would be pretty great  if ESCR created a signature blend to be used in one of Cape Charles Brewery select craft beers. But which one?

Too soon to tell. But what we do know is this. ESCR did create the Bay Haven Inn of Cape Charles Signature Coffee blend, which guests rave about and love to take home to remember their escape. So, we personally think ESCR and Cape Charles Brewery are a match MADE to happen! Much like ESCR “Brown Dog Brew” used in the, oh so famous, Brown Dog Coffee Ice Cream.) Just Sayin’…