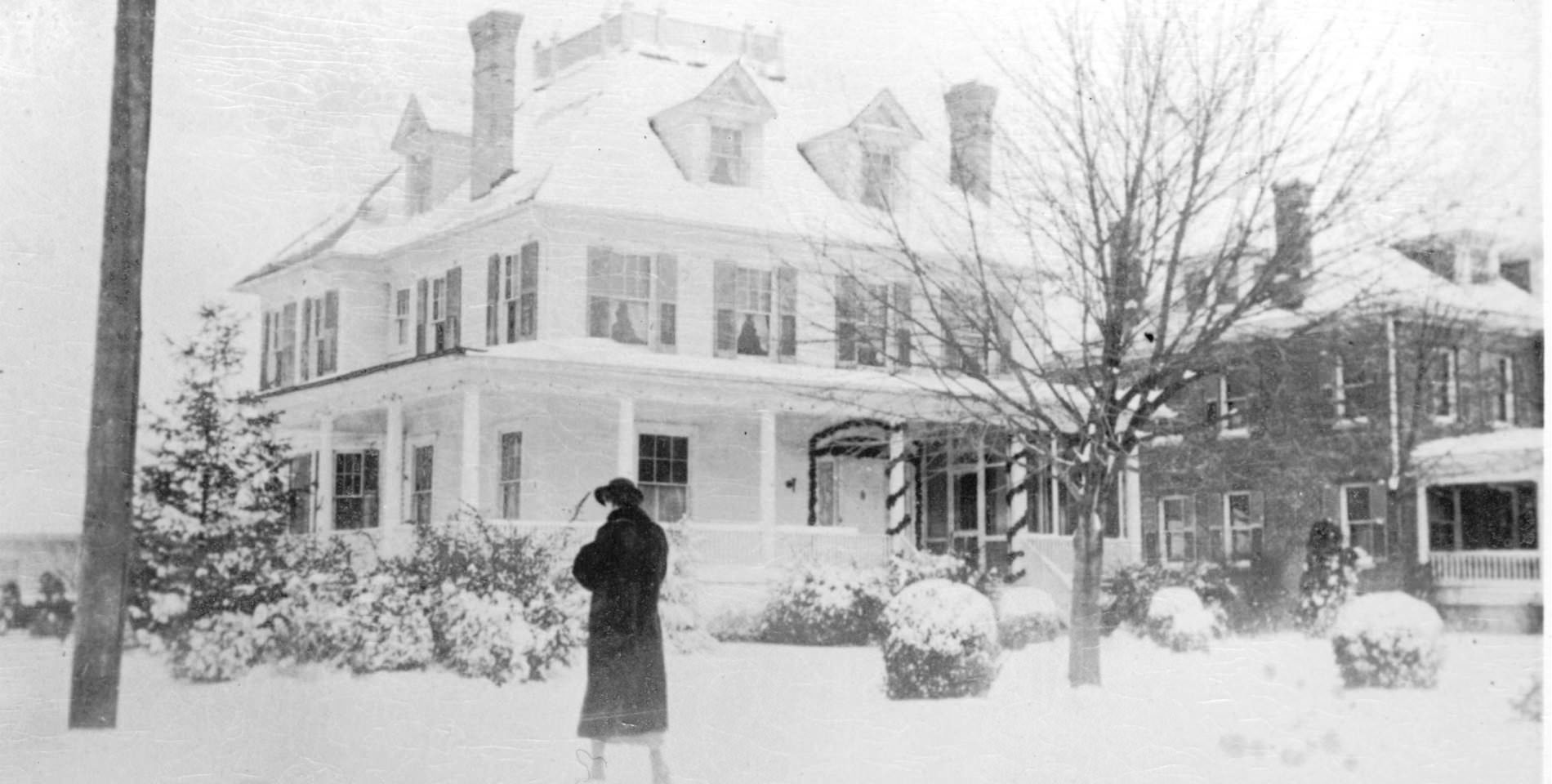 Bay Haven Inn of Cape Charles is a historic Bed and Breakfast located in the center of town. Designed and built in 1906 by renowned architect James W. Lee, the Inn is a turn-of-the-century Colonial-Revival home on Virginia’s Eastern shore near Chincoteague Island that depicts the extraordinary architecture of its time. Lee, a highly sought-after Norfolk architect, constructed the original home for James W. Wilson, son of W.B. Wilson, a prominent local philanthropist and entrepreneur who founded Wilson’s Department Store in downtown Cape Charles. James Wilson and his wife, Alyce, along with their two daughters, Virginia and Georgia, occupied the home until James and Alyce passed away in 1957 and 1958, respectively. The home was a single family home for several families between 1960-1995. Great stories and memories were made in this grand ol’ gal and the current owners have reconnected with these families to preserve the magnificent history of the home.

In 1995, the home was restored to its original elegance by owner David Philips and Leon Parham, an architect specializing in historic restoration projects. Together, they magnificently transformed the once single-family dwelling into a modern bed and breakfast.

Current owners Jim and Tammy Holloway are native Virginians who purchased the home in June 2011, and the birth of the Bay Haven Inn of Cape Charles began. The resident Innkeepers are officially “come heres” and like to say they escaped the rat race of Northern Virginia and have worked endlessly during the last year and a half to create this “haven” that provides their guests with an escape from the hustle and bustle of the world. The Holloways restored the welcoming wrap-around porch, created a manicured landscape to compliment the home, and have worked respectfully to maintain the history and grandeur through a thoughtful and impeccable décor palette that is reminiscent of the period of the house. When you visit the Bay Haven Inn, you will be able to enjoy the impressive “before-and-after” images and hear some of the “war stories” of this transformation.

“Tammy went out of her way to make us feel at home and did a lot to help make my birthday very very special.”